Sonoff introduces some great new products in 2020 like the 4CH(PRO)R3, the MINIR2 and the Zigbee bridge and its sensors. The latests introduction is the DUALR3 which hasn’t been released yet but seems to be very promising.

Sonoff published an announcement today with a list of discontinued products. Most of the items on the list are very logical as they were already followed up by newer revisions.

We will sum up the list below and offer links to their successors if those are already available on our Device lists.

The Sonoff 4CH already reached the 3rd revision: the 4CHR3 which has more settings moved from the hardware to the app. 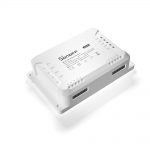 This product also has come the 3rd revision and so the Sonoff 4CHPROR3 is its successor. 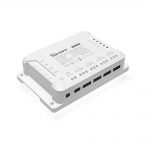 The exact details of this product are unknown to us although we do know it was mentioned at the ITEAD Smart Home products page. It is the only device on the list that doesn’t have a successor.

The Sonoff MINI was not very long on the market but quickly became a succes to Sonoff. Mainly because of its versatility: it can be built-in behind a switch in a in-wall switch box. It is also one of the very few device with an input port. This input port normally would be used by a switch but actually can be any sensor or device that has dry contact switching. 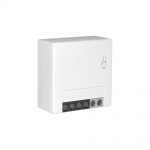 The Sonoff S20 is an older but quite popular model. It is also easy to open and easy to flash according to the community. The follow up of the S20 is the S26 which looks more elegant and modern.

The French, United States and Chinese variants are still available while stocks last, but all others are already discontinued. 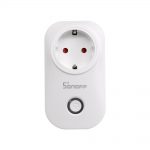 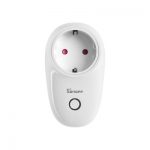 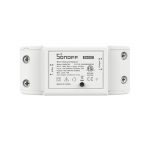 Cheap, easy and ideal automation switch to replace an existing switch in a cord or to add in a cord that didn’t have one.
Read More

Especially loved by cost-conscious users and techies: the Sonoff POW. Its successor is the Sonoff POWR2. Unfortunately we currently haven’t listed both of them on our Device lists.

This site uses Akismet to reduce spam. Learn how your comment data is processed.

Go to all news

Current status and percentage uptime measured in the last 24 hours by UptimeRobot.