You are here:
<< All Topics

The best standardized plug is the one for the most countries of Europe which is also being used in Russia, Greenland and countries in the west of Africa. They all have at least the C, E and F plug standards. Type C is a flat unearthed plug. Type E and F are round where type F has some cuts for 2 earth contacts and F has a pin for earth. Type F is sometimes compatible with type E: in that case it is like a combination of those two.

Type A and B

The second best standardized plugs are the A and B plug standards for Canada, North-America, Latin-America, Japan and the Philippines. Type A is non-earthed and type B is earthed.

The third well known plug is type G for the UK, Ireland, a few Middle-East countries, a few African countries, Myanmar, Malaysia and Singapore. This is an earthed pin.

The last wel known plug that you will find eWeLink supported devices with is type I which is mainly used in Autralia, New Zealand, China and Argentina. This is an earthed pin.

For a complete overview of all worldwide plugs you have a look at this page: https://www.worldstandards.eu/electricity/spread-plug-types-map/ You can also have a look at Wikipedia: https://en.wikipedia.org/wiki/AC_power_plugs_and_sockets

Just as there is no worldwide standard plug, there is no worldwide standard voltage and frequency. The voltages used in eWeLink supported devices are mostly 230V (most European countries, Russia, Australia), 220V (China) and 120V (Canada and North-America). Most eWeLink supported devices do support a wide range of voltages so that they can be used in a big part of the world as long as it meets the plug standard of the involved countries.

Below is a world map of the voltages as shown at Wikipedia. For your effort we also placed markers roughly where the plugs mentioned in previous chapter can be found. 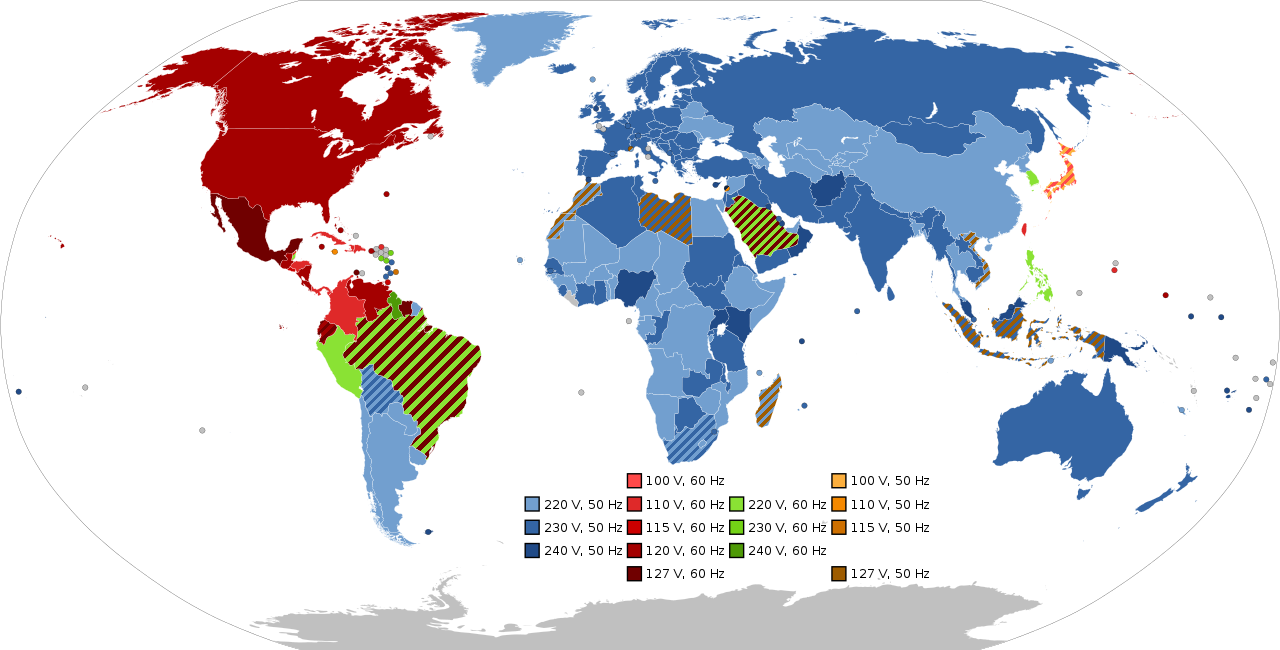 If you want to know you can have a look at the following resources:

If you refer to an existing Knowledge Base article please include the link to the article involved!